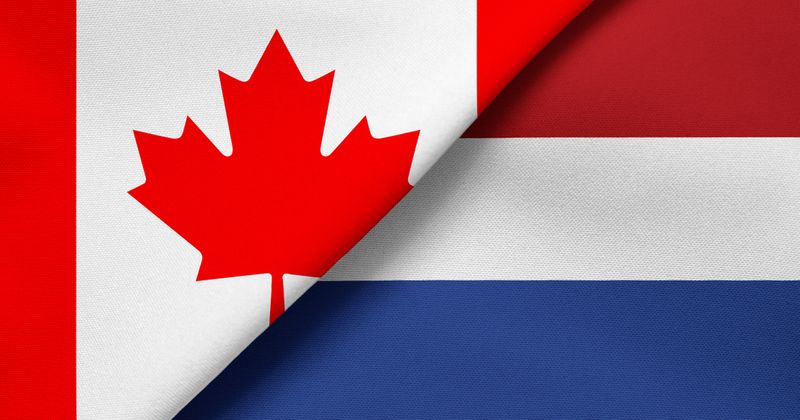 A feature of Holland (the Kingdom of the Netherlands) is a very high population density in a very small area of ​​this country. But the desire to emigrate to Holland does not leave a huge number of potential immigrants due to good living conditions and laws very loyal to foreigners. In any case, obtaining a residence permit or permanent resident status in Holland is much easier than in many other European countries.

The main principle by which immigrants are selected is financial solvency. The presence of their own funds, allowing them to pay for their accommodation, taxes and social payments, makes it possible for the authorities not to spend huge funds from the country’s budget on the maintenance of foreigners. If an immigrant has not used state subsidies for a certain period of residence, this is a very significant plus for obtaining a residence permit, and subsequently for obtaining Dutch citizenship.

Close relationship with a Dutch citizen

If a foreigner lives in the Netherlands with a permanent partner, even without formalizing the relationship, he can apply for a residence permit, and after 3 years for citizenship. The free customs of this country do not at all oblige to enter into a legal marriage and take on serious obligations in relation to a partner. The laws of the country are tolerant in matters of sex and the gender of the partner does not matter.

A civil marriage also cannot be the basis for filing a lawsuit by a partner, which serves as an additional incentive for this very reason to leave for Holland. The main condition for such a marriage is cohabitation and housekeeping for at least three years. If the relationship ends before this time, then the authorities may require you to leave the country.

Another important condition for obtaining an entry permit and resident status is the financial solvency of the Dutch partner. He may not have citizenship, but only a residence permit, but must have a stable income of 1,500 euros per month. This method of immigration is one of the simplest and most common. Moreover, no other country in the world provides such an opportunity.

Official marriage with a Dutch citizen

The loyalty of Dutch laws to foreigners is also manifested in the possibility of immigrating to Holland by entering into an official marriage. To obtain the status, it is not necessary to permanently reside in this country. It is enough to be on its territory at the time of marriage and submission of documents for registration of a residence permit.

On the one hand, this is a very simple way to immigrate, because you do not need to prove your financial capabilities and the availability of real estate. But on the other hand, the authorities tightly control such marriages and carefully check them for fictitiousness. All the details of the life of the spouses, including the most intimate moments, become the subject of verification, which can cause certain psychological inconvenience.

An official marriage automatically gives the right to obtain a residence permit, and after that – to the acquisition of citizenship.

Refugee status in the Netherlands

More recently, the migration of refugees to Holland was massive. The country at one time acceded to the World Refugee Convention and provided asylum to all those who were persecuted. To date, the requirements for immigration law have become much tougher and it has become much more difficult to obtain refugee status.

Political and religious motives are no longer always taken into account. Real chances by which immigration to Holland is possible may be circumstances where there is an immediate threat to life and health, sexual persecution and threats from criminals. Upon obtaining refugee status, a foreigner receives the right to live, work, receive education and family reunification.

The desire to obtain asylum in the country must be declared immediately during the border control. If the story seems worthy of attention to representatives of the border or customs service, then the foreigner will be sent to a temporary accommodation point, and the documents will be submitted to the immigration department for consideration. In addition to housing, free meals and a little money for small expenses are provided. If the review process continues for more than 3 months, then it is allowed to get an unskilled job. After consideration, a permit is issued for granting refugee status, and in case of refusal, you will have to leave the country.

Immigration to the Netherlands is also possible in other ways: permanent work under a contract, study with subsequent employment, residence in the country for more than 5 years or creating your own business in the country. Each case is considered on an individual basis. The decision to refuse is made quite rarely and can be appealed if it seems unreasonable.