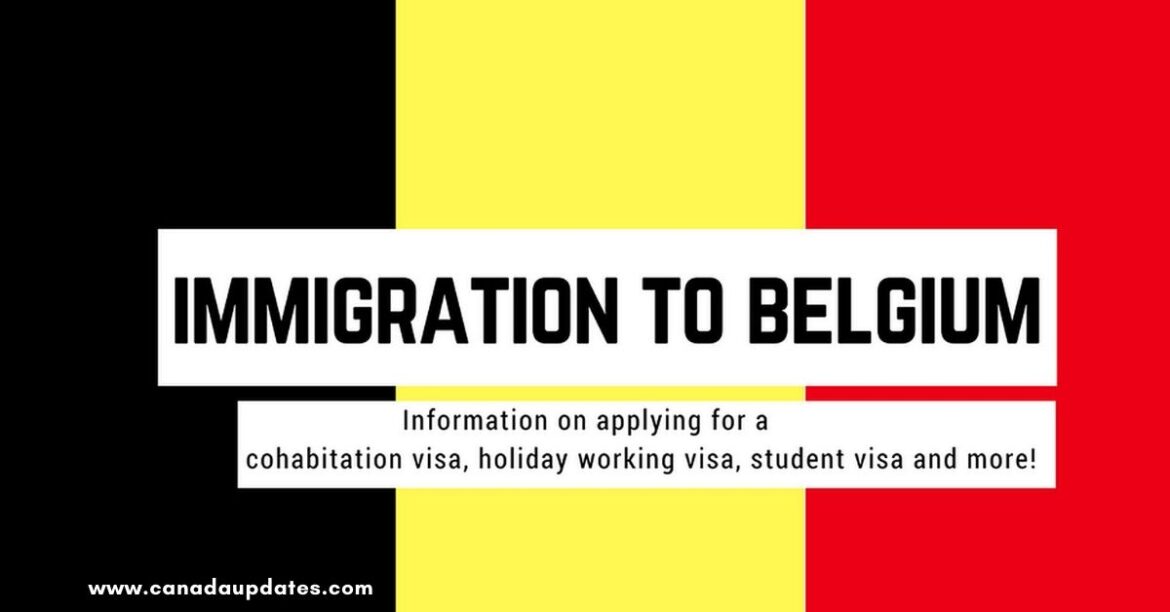 Those who decide to emigrate to Belgium should take into account that this country is not particularly hospitable towards foreigners. But if you set yourself such a goal in the future, then you can break through the monolithic wall of the Belgian bureaucracy using completely legal methods.

The main advantages that can help in this difficult matter are high professionalism in the chosen field of activity and knowledge of at least one of the three official languages: French, German or Flemish. Excellent knowledge of English is also strongly encouraged.

Ways to leave for Belgium for permanent residence:

Among our compatriots, refugee is a fairly popular way to go to Belgium . But for such a path, very good reasons are needed: political, racial, religious persecution in the homeland and a direct threat to life and health.

The former Soviet republics are not among the countries that are not recognized by Belgium as “dangerous” states. Therefore, obtaining refugee status is a very difficult and long way to immigrate to Belgium. In addition, you will have to live, waiting for the decision of the immigration authorities, in a special camp.

There are two ways to declare the need for protection:

Consideration of the issue and verification of the information provided may take several years. But many who wish to emigrate to Belgium agree to such a long wait. The assignment of status gives the legal right to reside and work, as well as to very quickly obtain citizenship (after 2 years).

Due to the fact that the migration to Belgium of foreigners who seek asylum is impressive, you will not have to live long in a refugee camp. After 3-4 months, you can contact the Center for Public and Social Assistance, which will help you find housing and will pay a good allowance.

Marriage to a Belgian citizen

Registration of marriage with a citizen of the Kingdom of Belgium gives the right to legalize the status of residence in the country and obtain a permanent residence permit. There are two ways to go to Belgium   and get married:

This method of immigration is possible if one of the partners already has Belgian citizenship or lives with a residence permit for more than three months.

Marriage can be concluded in Belgium or in the country of residence of the second spouse. In the latter case, the Belgian authorities will recognize it if the laws of both countries were observed during registration. After marriage, in order to legally immigrate to Belgium , you need to go through the procedure for family reunification.

In order to limit the migration of foreign citizens to Belgium on this basis, the country has very serious control so that the marriage is not fictitious. Fraud is punishable by a fine of up to 150 euros or imprisonment for a period of eight days to one year. For assistance in organizing such marriages, a fine of up to 15 thousand euros and a prison sentence of up to 5 years are provided.

Reunification with relatives in Belgium

In 2011, the Immigration Regulatory Act came into force for those who plan to emigrate to Belgium through family reunification. With some countries (Morocco, Turkey, Algeria, etc.), Belgium even concluded special agreements on the reunification of relatives. This law does not apply to EU citizens and their relatives.

In order for the relatives of a person living in the country to be able to leave for Belgium for permanent residence , he must either have citizenship or be continuously in the country with a residence permit for at least one year. He must prove that there are all conditions for receiving a relative: housing and a regular income that will allow him to provide assistance without applying for state benefits.

You can reunite with relatives:

The 1984 law introduced a ban on so-called “chain reunification”. A foreigner who has received the right to reunification cannot claim that all other members of his family can follow him to immigrate to Belgium . This prohibition applies if the right to family reunification has already been exercised within a year.

Work in Belgium and prospects to stay in the country

Employment is one of the most difficult ways to move to Belgium permanently. The bureaucratic system has developed many ways to prevent non-EU foreign citizens from finding and getting work. Belgians themselves and EU citizens have the right to priority employment.

In order to invite a foreign employee, the employer must obtain permission from the Ministry of Labor and prove that there are no other applicants with such qualifications among residents of Belgium and the European Union. According to the authorities, in this way, two problems are simultaneously solved at once: the unemployment rate is reduced and labor migration to Belgium is limited .

A mandatory requirement in order to immigrate to Belgium is to obtain a work permit of one of the types: A, B, C, which are issued for different periods and for different working conditions. For independent work, you can get a “Professional card” for a period of 5 years.

EU citizens, when employed, automatically receive a residence permit for 3-5 months, which can be periodically extended. Non-EU residents need to register in the commune of their place of residence within 8 days after arriving in the country. Then, during the first 2 weeks, you must obtain a foreigner’s passport. This document must be renewed every year.

The opportunity to immigrate to Belgium on a business line is one of the most real and promising. Despite the fact that there are no special programs, there are also no specific restrictions and norms on the amount of investments and the number of jobs that a foreign entrepreneur will have to create.

In order to obtain a long-term residence permit, you need to conscientiously pay taxes and social benefits provided for by law. Only very wealthy foreign citizens can consider such an opportunity to emigrate to Belgium .

In order to go to Belgium and develop your business there, you need to meet three main criteria:

Another option for business immigration can be investing in various projects, including environmental ones.

A significant plus is the absence of double taxation and a lot of benefits for providing loans and paying contributions to social funds.