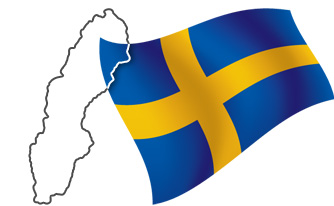 Sweden has been an immigrant country for quite a large part of its history. This led to the fact that a significant part of its citizens found themselves outside of it. Recently, the country’s government has been pursuing an active immigration policy in order to attract qualified personnel from abroad to the country and return those who had previously left it to live and work in other countries.

Sweden has signed and ratified all international acts and conventions that relate to migration and assistance to refugees. The admission and integration of foreigners who have arrived in the country is carried out in accordance with the local laws “On Foreigners” (1989) and “On Combating Ethnic Discrimination in the Workplace” (1999).

The Migration Department established under the Ministry of Foreign Affairs deals with immigration issues. The main functions of this state body are as follows:

Since 1998, integration into Swedish society has been dealt with by a special Department at the Swedish Ministry of Culture.

Opportunities and prospects for immigration to Sweden

Sweden has become a model of abundance, prosperity, economic stability and tranquility for many. This is a very modern country with a wide range of democratic freedoms and social guarantees for its citizens. Swedish immigration law is considered one of the strictest in Europe. This is especially true for labor migration and refugee status.

The easiest and most reliable way to become a Swedish citizen is to get married. In this case, after a short immigration procedure, the spouse automatically receives a residence permit and a work permit. Realizing the high likelihood of fictitious marriages for the purpose of obtaining citizenship, the government takes serious measures to detect them, although the laws of the country do not provide for punishment for fictitious marriages.

It is practically impossible to obtain the status of permanent residence, and even more so the citizenship of the country, through professional immigration. The legislation does not even provide for normative acts regulating this process. The only opportunity is given to those who have a profession in short supply for the country, included in a special list.

Recently, the direction of business immigration has been actively stimulated, because. the country began to need those. who can fill social and pension funds. To immigrate through the creation of their own business or investment is quite within the power of those who have the necessary funds for this.