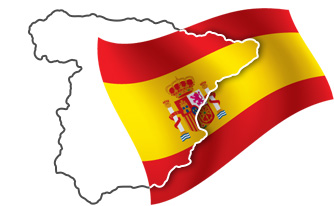 Spain in terms of immigration is a very interesting country. There are high social standards, a decent standard of living, and laws reliably protect private property and the rights of entrepreneurs. This country has one of the highest salaries in Europe. Even an unqualified employee receives about 600 euros per month. According to the latest data, the number of immigrants is 10% of the total Spanish population.

Immigration to Spain gained momentum in the 1990s, when Germany, France and Switzerland practically closed their borders to migrants from third world countries. In terms of the number of immigrants, this country is in 15th place in the European Union, and in terms of migration, Spain is in 2nd place in the world after the United States.

The country’s economy constantly needs an influx of new personnel. This is necessary to increase overall GDP indicators, improve the work of the pension system and all social state structures. That is why the Spanish immigration system is much more loyal to foreigners than in many other countries.

Since 1985, when the first immigration law “On the freedoms and rights of foreigners” was passed, the Spanish government has made the issue of attracting immigrants part of its national policy. Legal and illegal migration successfully coexist in the country, which led to the introduction in 2009 of severe restrictions on illegal migrants.

In 2011, a new Regulation to Law 1985 No. 4/200 was adopted. It includes 266 articles, the main purpose of which is to improve conditions for legal migrants and tighten sanctions against illegal ones. The Parliament transferred all its powers to resolve immigration issues to the Ministry of Foreign Affairs and the Ministry of Labor and Immigration.

Benefits of immigrating to Spain

According to the law, every foreigner who has a residence permit in Spain can apply for its citizenship. The entire naturalization process usually takes 10 years of permanent residence. Refugees, many representatives of Latin American countries, spouses of Spanish citizens, persons born in the country and children of Spaniards born outside of it have the priority right to reduce waiting times.

Immigration to Spain compares favorably with other countries in some ways:

Opportunities for legal immigration to Spain

If earlier Spanish employers were very happy to hire illegal immigrants, now they have to pay such large fines for this that illegal employment of foreigners has become economically unprofitable for them. Under the conditions of the pan-European crisis, unemployment increased significantly, and therefore in 2005 the recruitment of unskilled personnel was suspended.

Today, you can immigrate to the country in the ways traditional for all countries of the eurozone. But each of them has its own characteristics and requires the closest attention. The main ways to immigrate to the country: obtaining refugee status, family reunification, marriage to a Spanish citizen, employment or study, business immigration.