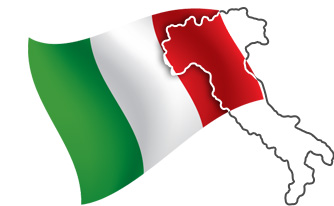 Active migration to Italy of residents of other countries began to be observed back in the 70s. By 2010, it was the fourth largest immigrant country in Europe after Germany, Spain and the UK. If earlier the inhabitants of the country themselves emigrated in search of better living conditions, then after the economic boom of the late 60s, not only the departed Italians began to return, but the number of immigrants increased sharply.

For more than 40 years, the Italian government has been pursuing an “open door” policy towards foreigners who can contribute to the economic development of the country. However, in recent years, measures have begun to be taken to limit migration flows and streamline them.

In 1998, a law on migration was passed, according to which many illegal migrants were deported. In 2002, the legislation was tightened even more when a demand was made for the immediate deportation of illegal immigrants. Since 2009, illegal migration has been declared a crime, but the punishment for illegal stay in Italian territory, compared to other European countries, is much softer: an administrative fine (5-10 thousand euros) and deportation from the country.

At the same time, the conditions for the stay of foreigners on legal grounds are improving. Despite the fact that the selection is quite strict, it is quite possible to complete the entire immigration process in 100 days and obtain the status of a resident of Italy, which provides foreigners with all civil, administrative, labor and social rights along with citizens of the country.

Opportunities to immigrate to Italy

The ways in which you can immigrate to Italy are standard for many European countries:

Having received the status of a temporary or permanent resident of the country, an immigrant gets many opportunities:

The peculiarities of Italian immigration requirements are the absence of restrictions: on the level of income for business immigration, high requirements for knowledge of the Italian language, place of residence (Italy, the European Union or other countries), as well as the provision of very large benefits when buying real estate.

The 1998 Aliens Act provides for the following basic requirements for new residents of the country:

The Italian government is interested in the influx of foreign labor, despite the current situation on its own labor market, which has deteriorated significantly during the economic crisis. Requirements for potential immigrants are softer than in other eurozone countries. And the policy towards foreigners provides for almost all the difficulties that immigrants may face, and provides very serious social guarantees.