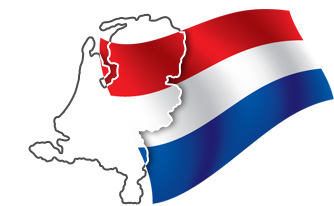 Holland (Kingdom of the Netherlands) is one of the most economically and culturally developed countries in the world. The desire to leave for Holland is caused by a very high standard of living and tolerant laws, which create the image of a stable and free country. Industry is very developed here, agricultural technologies are constantly being improved, modern infrastructure has been created throughout the territory. Therefore, despite the highest density of the local population in Europe, there is a great need for qualified personnel. About 45,000 immigrants from non-EU countries come to the country every year.

Immigrants who have received the right to reside not only receive certain civil rights in this free country, but also strictly defined duties. Immigration policy is aimed at attracting those people who do not require state social benefits. Foreigners must be initially financially wealthy in order to support themselves and their families, pay taxes and make social payments. One of the main issues when entering the country is confirmation of a stable source of income, the presence of an account in a Dutch bank, and for students – financial guarantees for tuition fees and accommodation.

Until very recently, Holland was the number one country in Europe that was considered for possible immigration. For many years, a large number of foreign citizens flocked here in search of a better life. Today, immigrants make up more than 40% of the country’s population, mostly Turks and Moroccans. Measures have been taken to limit the immigration flow in the country and now it is not easy for all categories of foreign citizens to obtain immigrant status in the Netherlands.

There are only a few real opportunities to obtain a residence permit. The process of obtaining a visa and residence permit can take a long time. This is due to a thorough check of the data provided and a kind of test for the ability to adapt to the realities of life in Holland. The country strives to maintain its image as the most liberated country and potential immigrants during the interview are invited to watch a film about the free morals of the country. Questions may relate to the most intimate moments of life and you need to be prepared for such things psychologically.

Dutch immigration laws are among the toughest in Europe. The basic rules are determined by the Law on Aliens, which was adopted in April 2001. On July 1, 2013, new immigration rules were introduced. Compliance with the terms and conditions of stay in the country is closely monitored, and if the period expires or violations are found, the foreigner is immediately issued an order to leave the country.

Special police units have been created to search for and deport illegal migrants. Recently, serious restrictions have been introduced for family members of immigrants. Each specific case is considered on an individual basis and the decision of the immigration authorities in case of refusal can be appealed.

The main possible ways of immigration are:

Each of these methods has many subtleties and pitfalls, but the obstacles are quite surmountable. After the successful completion of the immigration process, a foreigner receives the right to live and work in this developed and very liberal country.