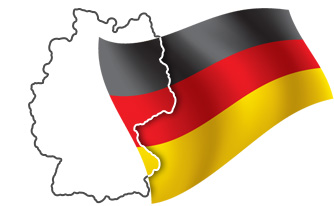 Germany is one of the most developed economies in the world. It is one of the ten states with the highest standard of living, and in terms of GDP per capita it ranks fifth in the world. This country has always been attractive to foreigners, because. gave good work and social guarantees not only to its citizens, but to all who worked for its benefit. Life in Germany means good living conditions and a salary that is enough for the necessary purchases, utility bills, loans and entertainment.

The immigration policy is based on the operation of the law “On Aliens”, adopted in 1990, taking into account all subsequent additions and changes. On January 1, 2005, the Immigration Law came into force, which greatly simplified the possibility of employing qualified specialists, addressed the issues of refugees and assisting immigrants in their integration into German society. Article 1 of this document is called the “Law on the stay of foreigners” and regulates all issues related to the stay of citizens of foreign countries in Germany and their rights.

In 2009, the EU Directive on immigration policy for workers from third countries was adopted, which provided for certain restrictions on the migration flow. According to common European legislation, only citizens of these countries had the priority right to receive a job and the right to reside in the participating countries.

Recently, due to the crisis and the deterioration of the demographic situation in many countries, the issues of attracting immigrants are being considered at the state level. Germany is also experiencing an acute shortage of specialists in many industries and is forced to revise its stringent criteria for attracting foreign workers.

Improvement of conditions for immigration

Previous laws scared off potential immigrants with difficulties with paperwork and legalization, and they found work in other countries. Many German specialists left for more developed countries that offered a higher standard of living and professional fulfillment.

The complexity of the economic situation in Germany lies, first of all, in the fact that the country does not have its own natural resources and is forced to rely on the introduction of high technologies and the development of science, as well as on attracting foreign investment.

Since April 2012, the country has introduced the “EU Blue Card” – a new form of residence permit for qualified specialists with higher education, initially giving the opportunity to reside in the country for 4 years. In August 2012, the procedure for obtaining a residence permit for entrepreneurs and investors was significantly simplified, the situation with the provision of work for a graduate of German universities has changed.

For a legal stay in Germany today, there are several official options: