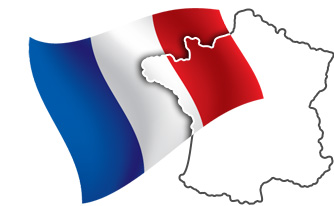 France is one of the strong and economically developed countries in Europe. She has always attracted the attention of foreigners who have shown a desire to leave for this country since the time of the French Revolution of 1789. The immigration legislation of France is very loyal to the relocation of foreign citizens and the basis of all policy has been and is the condition for the full integration of each immigrant into French society.

When processing documents, it does not matter at all where the migrant is going to live. He gets the opportunity to move freely within the country and the right to independently choose his place of residence. Practice shows that the main migration flow is directed to those areas of France where there is an active development of the economy. The loyalty of the immigration policy does not extend to the colonial territories. There, the visa and immigration regime is much stricter.

Currently, more than 7 million foreigners already live in France. This is more than 10% of the total population of the country. Every year, the government issues over a hundred thousand entry permits, plus a fairly large number of foreigners enter the country illegally. In recent years, attitudes towards illegal migrants have become increasingly intolerant.

The deportation procedure, which until recently took several months, is now significantly simplified and lasts only a few days. More than 100,000 decisions on the expulsion of illegal immigrants are made every year. Although in this matter the government sometimes meets halfway between illegal migrants. The migration amnesty will enable many of them to obtain legal status of residence in the country.

Who can immigrate to France

France is considered the most accessible country in terms of obtaining citizenship, for this it is enough to live in the country for more than 5 years. The possibility of permanent residence is available to those immigrants who:

The second option to stay in the country is to obtain a residence permit. It can be issued for 1-5 years with the prospect of extension and subsequently obtaining a 10-year residence permit. This status can be obtained:

Labor migration in this country is quite seriously limited, especially after the introduction of new rules giving priority to employment of EU citizens. Only highly qualified specialists representing the interests of national development and having experience in their field are needed here. It is realistic for other categories of foreigners to get only temporary or seasonal work.

The easiest immigration option is marriage. In France, any type of cohabitation is recognized, but they need to be secured by obtaining a certificate from the mayor’s office. The spouse (a) immediately receives a residence permit for 1 year, and if there is a common child, then a residence permit is issued for a five-year period.