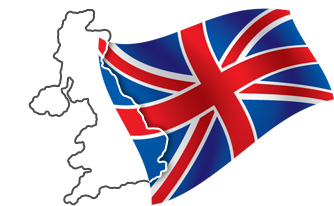 England (Great Britain) is a politically and economically developed European state with a full-fledged legislative system and many social guarantees. Many people dream of getting into this country and it welcomes foreigners quite friendly. It is quite easy to immigrate to England if you meet the requirements of numerous immigration programs, comply with the laws, and also have a strong desire to live and work in this country.

Benefits of immigrating to the UK

Despite the fact that England is not part of the Schengen area, its citizens can visit more than 180 countries without a visa. Therefore, becoming a citizen of England is a very tempting prospect. In addition, persons who have received the right to reside in the country receive:

Thanks to the most loyal laws, it is much easier to immigrate to England than to many European countries. This circumstance led to the fact that a significant migration flow from all countries and continents is directed to this country. Getting the status of a local resident is cheaper and easier than in other countries. And it is quite possible to become the owner of a British citizen’s passport, especially in professional programs.

Such a massive desire to live here is further enhanced by the fact that the procedure for obtaining status here is quite simple. Despite the purely English meticulousness of the local bureaucracy, cases are dealt with quickly, the requirements for foreigners and the package of documents are minimal. All immigration issues are governed by international law, in particular the Geneva Convention of 1951 and its Protocols. If the rules of stay in the country are violated, then the status obtained is canceled, and the foreign citizen is deported and practically loses the opportunity to come here in the future.

There are quite a few ways to legally settle in England: marriage, family reunification, contract work, studying in secondary and higher schools, participating in cultural and educational exchange programs, creating and buying a business, investing in the economy, and refugee. There are many programs for immigrants through which they can first obtain a residence permit, and soon – British citizenship.

The sequence of actions of an immigrant to consolidate in the country:

A feature of the immigration process is the need to indicate detailed reasons for immigration and documentary evidence of all the information provided. For entry into the country, regardless of its purpose, it is mandatory to provide anthropometric data (fingerprints).