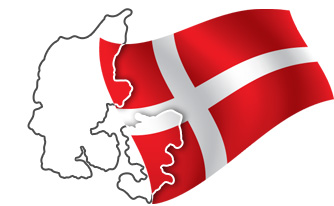 Denmark is one of the most developed and calm European countries, in which the government cares about the well-being of the people and does everything to make life even better. Emigration to Denmark is a good prospect for citizens of those countries that are commonly referred to as the “Third World”. The country has a very high level of social protection, free medicine and education, and many programs to support its citizens and immigrants.

In 2002, immigration laws underwent major changes. A nationwide program “Towards a New Integration Policy” was adopted. This program is designed to provide new residents of the country with:

Only residents of the Scandinavian countries can freely stay in Denmark. Even for residents of the European Union, there are some restrictions on staying in the country. For example, you can enter here without a visa, but for a period not exceeding three months. Employment-based migration to Denmark is also significantly limited. This is especially clearly reflected in the list of professions, which is updated every year and allows you to attract only the right foreign specialists to the country.

Opportunities to immigrate to Denmark

The ways to immigrate to Denmark are similar to those offered by other European countries:

The main means of getting into the country and obtaining a residence permit there is the Green Card (Danish Green Card), which provides for a point system for evaluating the usefulness of a potential immigrant. Obtaining such a document makes it possible to live in the country for three years without an invitation from a Danish employer.

For specialists in certain professions, it is possible to immigrate to Denmark if the candidate’s profession is included in the Positive List and the person has good skills and experience in their specialty.

Another tool that is available to highly qualified specialists may be the Pay Limit Scheme. It allows a specialist to come to whom a Danish employer is willing to pay at least 375,000 Danish kroner (about 80,000 dollars).

The authorities have a very negative attitude towards illegal migrants and take active measures to identify and deport them with the help of the General Directorate of Police. Recently, the requirements for issuing visas, border control have been tightened, sanctions have been introduced against employers using illegal labor. Migrants are strictly monitored inside the country and, if violations are detected, they are immediately deported.