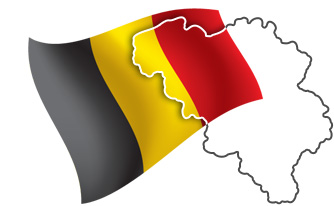 The Kingdom of Belgium is one of the most prosperous and stable states of the European Union, in which all the advantages of European society are clearly present. Thanks to a well-developed economy, financial sector, excellent infrastructure, this country has a very high standard of living, low real estate prices, and significant tax incentives for doing business. The minimum wage in Belgium is 1,500 euros per month.

Belgian legislation in relation to foreign citizens who want to live and work in the country is characterized by severity and the presence of large bureaucratic barriers. Even EU citizens will have to make every effort to get a job here and the right to permanent residence.

The immigration policy is focused on a very careful selection of those who want to emigrate to Belgium from countries that are not members of the European Union. The main provisions of this policy are set out in the 1974 Act and government regulations. In 1984, the Citizenship Law was adopted, which defines the procedure for naturalization.

Assignment of citizenship falls within the competence of the House of Peoples’ Representatives and is subsequently certified by the King of Belgium. Despite the powerful bureaucratic machine, if a number of conditions are met, it is possible to become a Belgian citizen as early as 4 years after arriving in the country. For those who have received refugee status, this period can be reduced to 2 years. Since 2007, you can not renounce your previous citizenship.

Opportunities to immigrate to Belgium

It is quite difficult for people from non-EU countries to obtain permission to enter and stay in Belgium. This position of the authorities is often called discriminatory towards potential immigrants. But this is due to quite reasonable arguments:

There are several possibilities to come to the country and stay in it permanently:

In order to use one of these methods, you need to understand the intricacies of the immigration process and evaluate your capabilities. For example, it is very difficult for a specialist of any level to get a job in Belgium. There are enough highly qualified workers here.

The lack of personnel is felt in the IT field, in medicine and in engineering professions. Truck and bus drivers, builders, domestic staff have a chance to get a job under a contract. The main thing is that local residents or EU citizens do not apply for the vacancy.

The greatest opportunities are provided to business people who open their own firms or invest in the country’s economy. For them, there are preferential rates for taxes and loans, the opportunity to do business not only in Belgium, but also in other EU countries without obtaining a work permit. With many countries, Belgium has concluded agreements on the prevention of double taxation.

Previously, naturalization was the easiest way to stay in the country. It was necessary to live in the country continuously for more than 5 years, to have real estate and a steady income. Now the rules are more complicated. According to the decision of the House of Parliament, only especially distinguished foreigners can obtain citizenship in this way. But with a strong desire, you can always find a legal way to immigrate to Belgium.