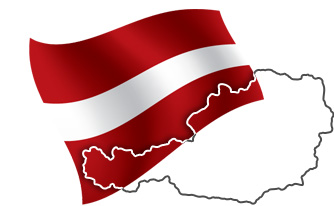 Austria is a civilized European country with an efficient economy, developed industry, good transport and urban infrastructure. This country has a favorable ecological situation, its citizens take care of nature and have made the country a world-class resort. More than 1 million foreigners live in the country, which is 13% of the total population.

To leave for Austria is a very good prospect of a calm and prosperous life. Therefore, a large number of potential immigrants strive to get here every year. Obtaining the right to reside is regulated by laws on the stay and employment of foreign citizens, on granting political asylum and citizenship, numerous acts, regulations and resolutions.

Immigration law is based on European Community regulations. To bring the laws in line with international standards, the law “On Aliens” was reformed, and the procedure for obtaining refugee status became much more complicated. The main changes were made in 2005, but almost every year new amendments and additions are made.

Immigration to Austria has many legal conflicts. This is one of the main differences between local laws and regulations in other countries. To come to the country, obtain a residence permit and permanent residence, and subsequently become an Austrian citizen can:

Every year the government of the country determines the quotas for obtaining a residence permit. A residence permit is initially issued for 1 year, each subsequent time – for 2 years. If a foreigner has been living in the country for more than 5 years and has a source of permanent income, he can obtain an indefinite residence permit (or permanent residence), and then Austrian citizenship. An important circumstance that directly affects the length of stay in the country is the availability of work.

To obtain a residence permit you will need:

There are small quotas for wealthy citizens who are ready to invest from 2 million euros in the country’s economy or in charity, create jobs, sponsor environmental projects. For such persons, the residence time for obtaining citizenship is reduced to 1 year.

Austria has created a new flexible immigration system for highly skilled workers. For immigrants from countries outside the European Union and their families, a red-white-red card (RWR Karte) has been created. It is issued for 1 year and gives permission to stay and work in the country.

The chances of each applicant are evaluated by a points system:

Each category has specific language, education, and minimum wage requirements. The RWR card, along with the EU Blue Card, gives you unlimited access to the Austrian labor market.

The Austrian authorities are very loyal to foreign specialists or investors from third world countries. One of the main requirements is a good knowledge of the German language, which is not required from citizens of the European Union.